A LINE IN THE SAND goes home to San Diego

On March 14, I had the pleasure of going to San Diego to speak at Career Day at my old high school, La Jolla Country Day. I spoke to 500 Upper School students from the same stage in the amphitheater, where I received my diploma many years ago. I told them that even as early as 9th grade, I knew that I wanted to be an actor and to do theater, and I recommended they follow their passions. Then, I spoke to several small groups of seniors about "the business" and the particular path I have taken in it. I trust that I gave them some inspiration to carry with them into the future.

On March 17th, bright and early, I gave two back to back performances of A LINE IN THE SAND, for the students and faculty in The Four Flowers Theater, a lovely, state of the art theater, that was once the gym where my classmates played basketball and volleyball, and where my theater friends and I performed our annual musical: GUYS AND DOLLS, WHERE'S CHARLEY?, WEST SIDE STORY, AND FIDDLER ON THE ROOF. Great memories.

It was wonderful to come back and perform there for the students, faculty, former classmates and teachers, including Will Erickson, who was my Drama teacher, and Alice Schilling, who was my French teacher. John Tessmer, who was a year ahead of my at La Jolla Country Day and who was in several plays with me, also came to see the show. I had family members and close family friends there too, which added even more warmth to the experience.

After the performances, I sat in on two different freshman English classes taught by Mr. Pritzker. I asked the students if they thought a shooting could happen there. At first they said no, but then they conceded that if someone really wanted to shoot up the school, they would find a way to get on campus. Then, I asked them if there was bullying at the school. They told me that they didn't have much physical bullying, but a few of them told me that they've said things to people that may have unintentionally hurt their feelings. One student said that even if you call each other names in a joking way on a regular basis, there could come a day, when one of you is really struggling on the inside, and it's no longer funny. Just like that it can become hurtful. We talked about how powerful words are.

Then, I was treated to a pizza lunch in the faculty lounge with a group of teachers. One science teacher, asked me why I was performing a play this disturbing, first thing on a Monday morning. He felt it was too upsetting for his senior students, who came to his class immediately following the performance. I told him that they are graduating and becoming adults and citizens of the world. It's important for them to hear the truth about what is happening in America. The Upper School director, Greg Martin, an English teacher, and a History teacher defended the play, reminding the science teacher that theater has the power to reach students in a unique, emotional way, to instruct, and even transform. It was an spirited debate!

After lunch, I taught the Play Production class, which was regularly taught by Scott Feldsher, who coincidentally produced one of my brother's plays in the 1980s with his theater company, Sledgehammer. I did an interview exercise with them. I had the students divide up into pairs and interview each other for 5 minutes. Borrowing from the great, Anna Deveare Smith, I gave each pair one of 3 questions:  What are the circumstances of your birth? Have you ever been accused of something you didn't do? Have you ever come close to death? These kind of questions tend to allow people to tell a good story and talk for a while. The students then got up in front of the class, one at a time, and performed a portion of what their partner had told them during the 5 minute interview, using their words (as much as they could remember) and their physical gestures. They had a lot of fun and learned something new about each other's lives.

It was a great day! A true full circle moment. 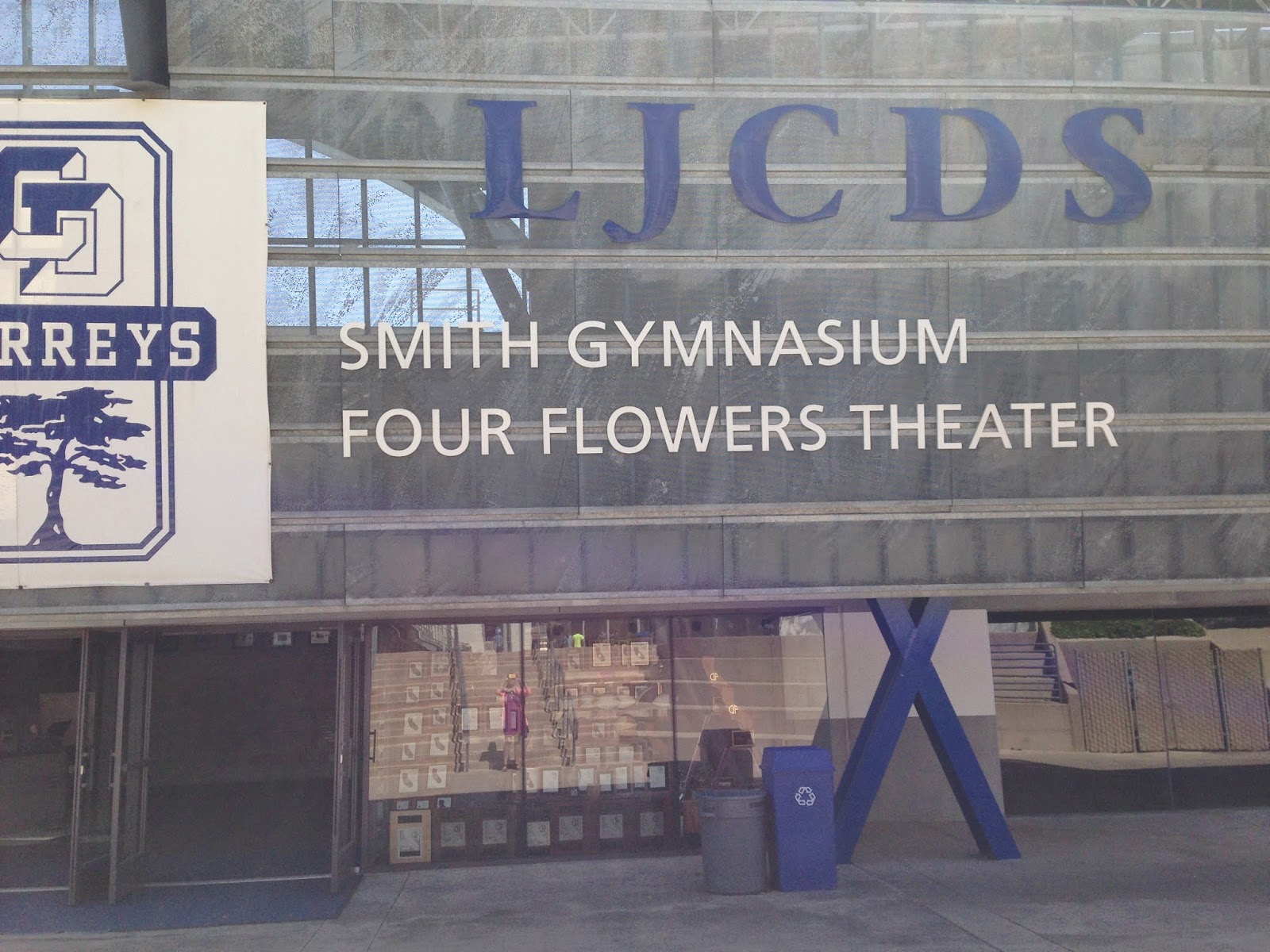 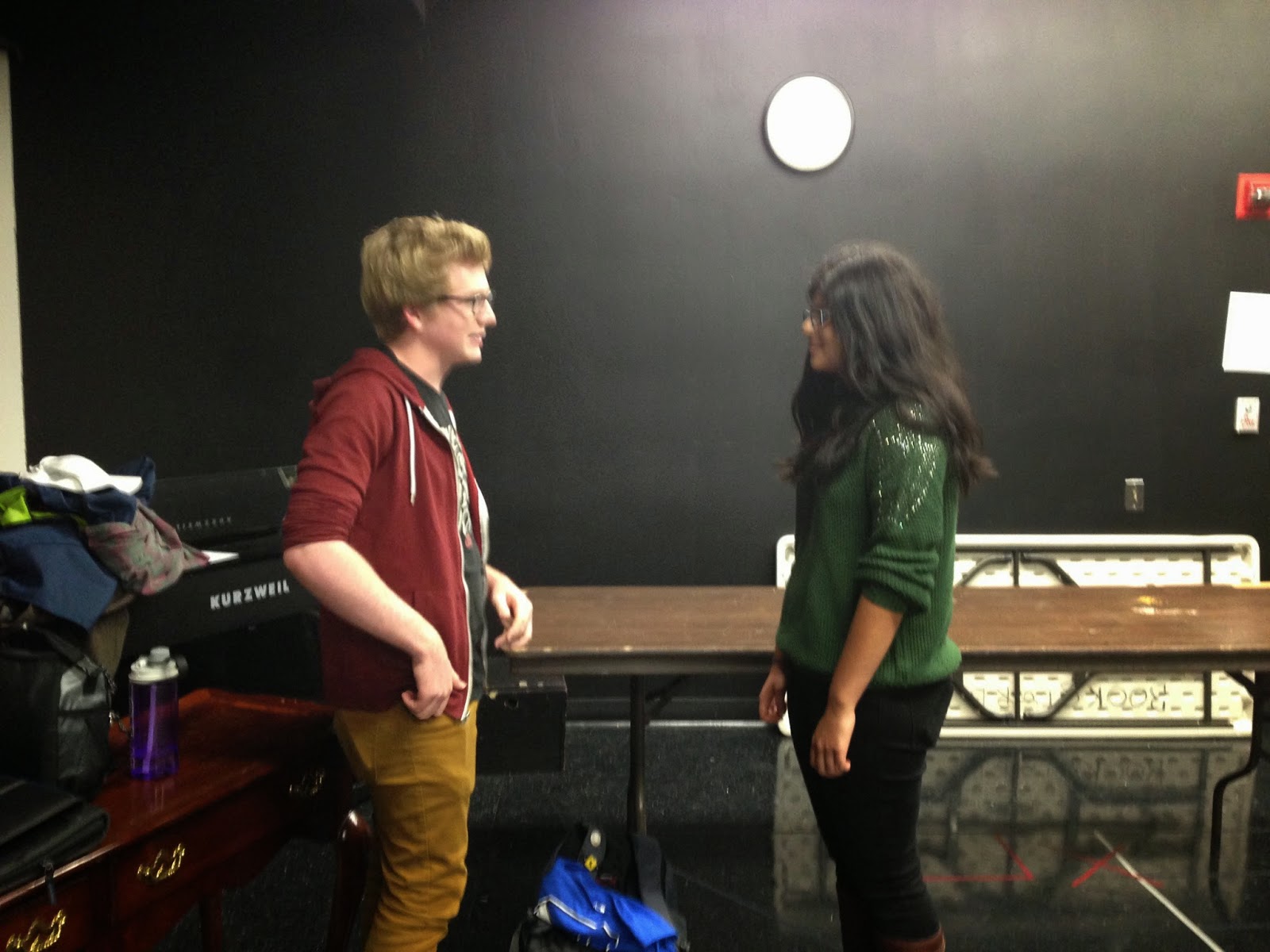 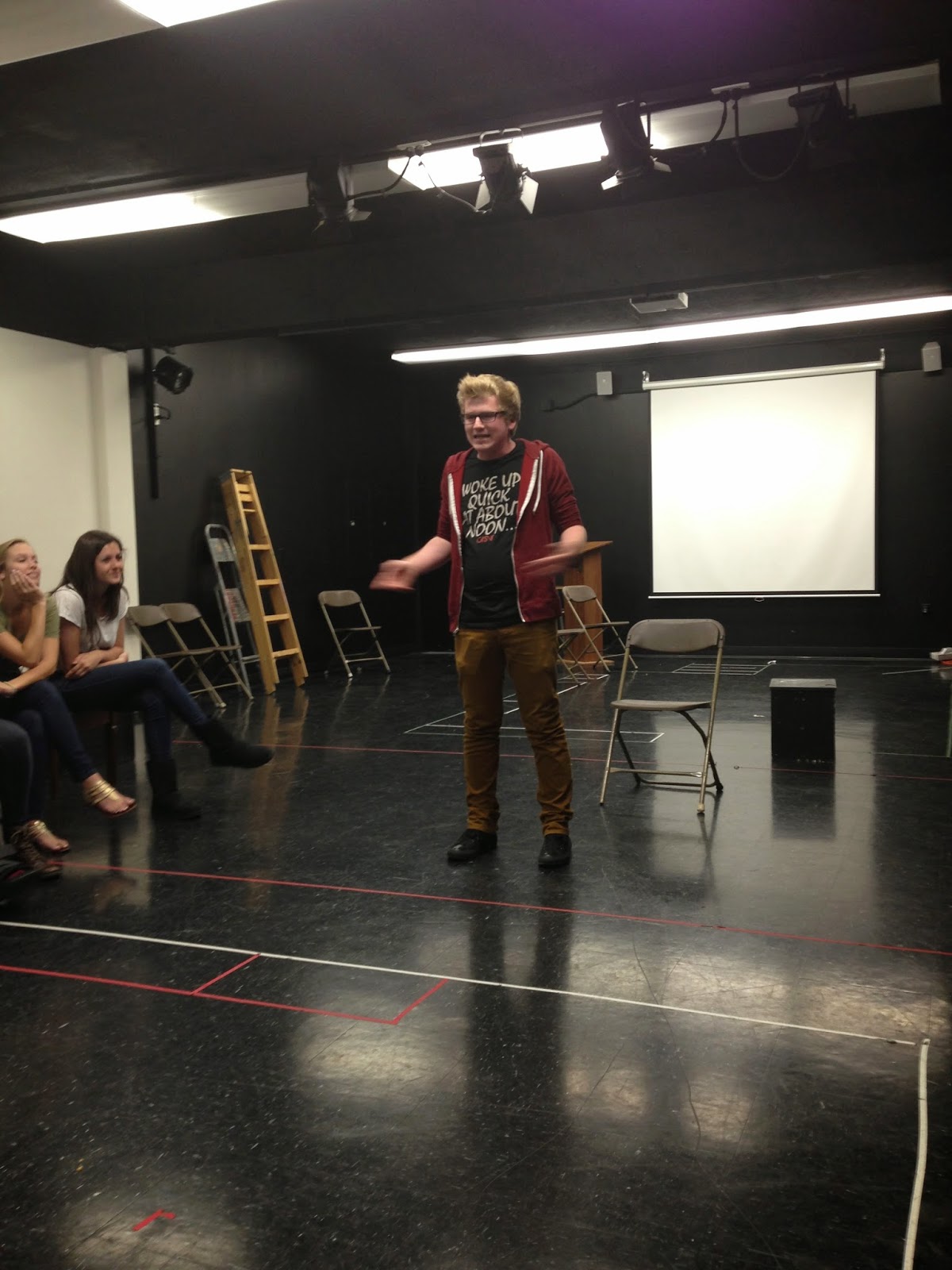 Griffin performs for his classmates