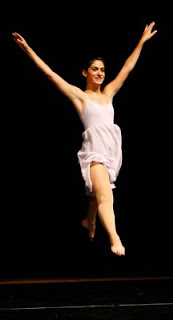 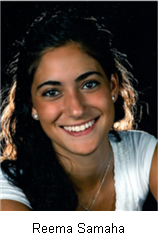 I must pause from working on my Columbine entries for a moment to wish Reema Samaha a very Happy Birthday.

Today, Reema Samaha would have been 21 years old. Reema was one of the 32 victims who was murdered on April 16, 2007 at Virginia Tech. She was the youngest of three children born to Joseph and Mona Samaha of Centreville, Virginia, where she lived for her entire life. Reema was very close to her family. Her older brother, Omar, preceded her to Virginia Tech, and her sister, Randa, attended the University of Virginia. Reema was passionate about theater and dance. At Westfield High School, she performed for their dance team, and she was a member of their improvisational group. Reema appeared in both plays and musicals, including "Oklahoma" and "Arsenic and Old Lace", for which she won rave reviews. She graduated summa cum laude from Westfield. At Viginia Tech, Reema continued to follow her passion for dance, participating in several groups there. She also had a 4.0 GPA, and she intended to major in Urban Planning and International Studies, with a minor in French.

Abby Spangler, founder of Protest Easy Guns wrote on her Facebook page this morning, “My heart aches and aches for the Samaha family. The fight against lax U.S. gun laws is in memory of the 32 massacre victims and all Americans whose lives are ripped from them by gun violence. Felons and dangerous individuals have very easy access to guns and are murdering and devastating our loving families. Our U.S. legislators will not act unless we Americans DEMAND it.”


Wherever you are right now, Reema, I hope you are happy and dancing.


To learn more about Reema Samaha’s life, please view her website: www.reemasamaha.org
Posted by Adina at 8:31 AM No comments: