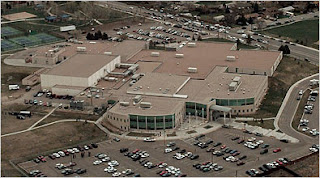 Today, marks the 14th anniversary of the Columbine High School massacre. Has anything changed? Are our children safer? There have been over 100 school shootings since Columbine (some involve multiple fatalities, some involve single fatalities or injuries). In the wake of the Aurora and Newtown massacres, Colorado and Connecticut have stepped up and passed new gun control legislation that serves as a model for the federal government, who most cowardly and shamefully, this past Wednesday, failed to pass a bi-partisan bill for expanded background checks. Apparently, there is no death toll, no massacre count, that will ever reach the hearts of these senators. They are only concerned with re-election, and their campaigns are funded by NRA money.

Gaby Giffords said it best in a great op-ed piece this week: "If we cannot make our communities safer with the Congress we have now, we will use every means available to make sure we have a different Congress, one that puts communities’ interests ahead of the gun lobby’s. To do nothing while others are in danger is not the American way."

This seems like our best and only option to pass sensible gun laws.

Here is another excellent article by Joe Nocera in the NY Times today. It's about Katie Lyles, a student at Columbine on the day of the massacre, who ran to safety to a nearby house in the neighborhood. Today, she is an art teacher at an elementary in Littleton, Colorado, not far from Columbine. This past Wednesday, she was in Washington, D.C. lobbying for the background checks bill with the National Education Association. She is very disappointed, but she says,  "You can't give up just because you lose one battle." 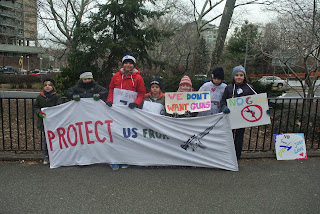 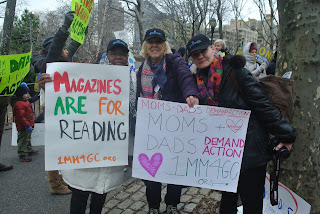 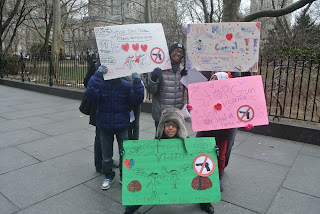 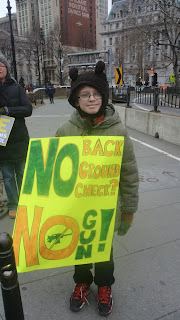 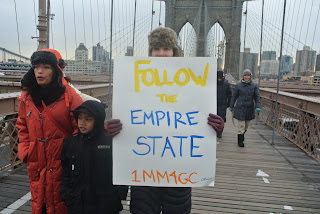 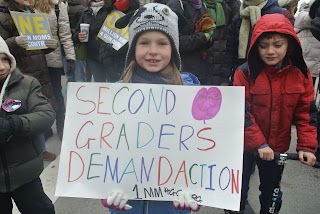 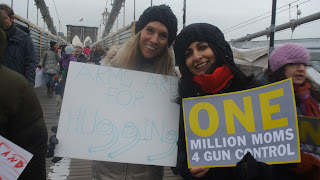 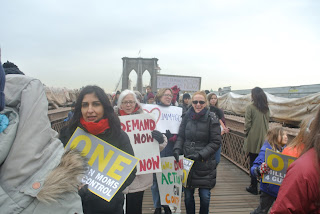